Hillbilly Proud headed to Reinersville Mud Bog in Reinersville, Ohio on September 26, 2015. They have a speed pit which is easy enough for every truck to get through but the main attraction is the deep pit which is hard enough that nobody gets through. The bounty on the pit is well over $1,000. One tractor tire truck after another gave it a shot, but none of them had much luck once they got to the deep hole at the end which swallowed tractor tires like they were nothing. The mud foot run in the deep pit was equally as challenging. Most gave up quickly and turned around but two young men fought and fought and eventually made it out the other side, while another young man got lifted out by the excavator. It was a beautiful fall day and we had a blast at Reinersville Mud Bog as usual. Go check out that deep hole they got if you ever get a chance. 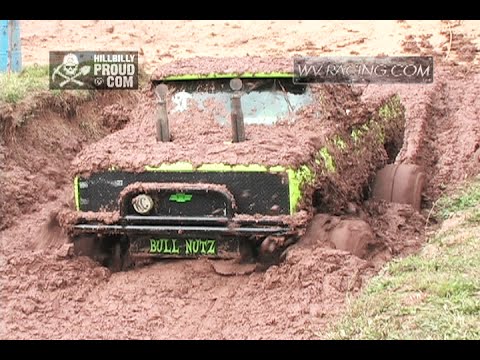 The Most Amazing Transport Komatsu D475 By Side

Brave boy Rescues Python from his Dogs in Deep Hole

7 Most Incredible Transpotration Operations of All Time

How Pencils Are Made

The Tank Crushes Everything!

The Most Amazing Transport Komatsu D475 By Side

The most amazing inventions and unusual vehicles invented by people